Current Season Shows 1/26 Life is keeping me busy elsewhere, but I wanted to briefly touch on a few shows I'm following.

Erased (Boku Dake ga Inai Machi): Beautiful animation, compelling story, and interesting characters.  This show is gonna make me throw my tablet across the room in a couple of episodes when bad things happen, but I am very much enjoying it.

Grimgar of Fantasy and Ash:  A watercolor painting of teens learning to survive in a fantasy world. It's abusing the amnesia trope, but the characters continue to be interesting.  Slow moving, but that works for the show.

BBK/BBNK: More typical action fare, but the show has me wanting to know more about the world with each episode. Some excellent character designs, but big mechs keep me watching too.

Myriad Colors Phantom World: While the design and art are right up my alley, they're losing me in the story.  It's not compelling enough and I keep feeling like I'm gonna stop watching the next episode. Not sure how I feel on this one long term.

Phantasy Star Online 2: The animation - I keep watching because it's Phantasy Star, but could they be more obvious about being a commercial?

Schwarzes Marken and Divine Gate:  Looks great (heck, I've not seen a poorly animated show yet this season), but too much introspection and dark thoughts on these to really compel me to continue watching.  Some of these characters could out-brood Batman.

Dagashi Kashi: I went into this one expecting a comedy series.. I got an extended commercial.Not for me I guess.

There it is, the ten minute rundown of my Hulu and Crunchyroll queues. Very happy to be watching a lot of anime again.  It is my favorite media to devour on a regular basis, and I had been in a bit of a drought in 2010-2014. Part of that was that I fell out with torrents and the grey area they presented. But I digress.  That discussion can be in a separate post.

Erased ep 3: Birthmark
This show is going to leave me in tears, but I am really enjoying it.  I'm serious.  It is well written, acted, and animated. 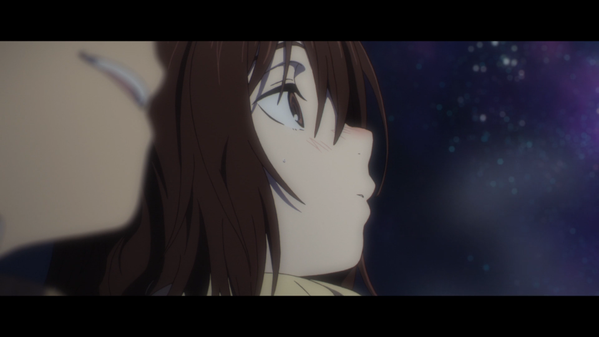 Mega Man: The Boardgame Another long outstanding Kickstarter reward rolled in yesterday.  The Blue Bomber himself made an appearance on my doorstep and after a single play, I am intrigued.
I was never very good at Mega Man and Mega Man 2  on the NES as a pre-teen, but loved playing through the levels.  Getting through Dr. Wiley's castle though usually resulted in me watching a friend play it.
When I heard JASCO Games was heading up a Kickstarter to make a board game around Mega Man, I bit.  Pictures and thoughts below the break.
more...

Blue butterfly watch. Right now, Erased is standing out as my favorite story this season.  Just the right mix of mystery and revelations in the first two episodes.

New anime?  Checked my Crunchyroll last night and found that a whole bunch of new series had been posted.  Lots of interesting Sci-fi/alternate world stuff. Here's my quick notes:
Divine Gate: Could be interesting, though it might be an episode or two for it to get interesting.
Myriad Colors Phantom World: Looks like an interesting ghost hunting show, but the fanservice is a bit over the top.  I used to not mind fanservice, but I've changed over time.  Still gonna give it a couple of episodes.
Schwarzes Marken: Giant mecha anime against an implacable alien foe.  Twist: This is cold war East Germany where there are informants around every corner.  Could be interesting, could be too dark for my frame of mind lately.  Looks very good animation wise.
BBK/BRNK: I think this was the most intriguing starter with a very otherworldly opener to a more typical second half.  Very beautiful and high quality animation.  Kept thinking of Chrome Shelled Regios for some reason during the second half.
Phantasy Star Online 2: The Animation - Should be labelled PSO2 the commercial.  Seiga Academy?  Once the initial cold open ended, I was shaking my head at every improbability this one threw at us.  While I'll give them credit for not using the 'can't wake up from MMO' that had been used so much recently (SAO, .hack).  Being a big fan of the early Phantasy Star and Phantasy Star Online games, I was hoping for more. Sadly this episode let me down.  I'll watch one more but it's got to pack a punch for me to not drop it.
Just discovered on Hulu:  Assassination Classroom S2 (yay!), Pandora in the Crimson Shell (Shirow?  interesting), Luck & Logic, Haruta & Chika, Girls beyond the Wasteland.
Lots of promise this session.  Even more so, lots of really beautiful animation.  Makes me wonder if there is a larger investment in simulcast shows this season, or if tech and skill have caught up with what people wanted to output.
more...

Anyone watch an show because of a well done AMV?
Watched Redline last night because of this music video.
I was not disappointed.

1 Yeah, a couple of times. Although often a show isn't available on the torrents any more by the time I've seen the video.

2 I don't know if you have to subscribe to watch it, or if it is cut with commercials, but it is on Hulu now for streaming.
http://www.hulu.com/watch/508194

I think that's the most frustrating part of Hulu.  It's not clear what is free, what is 'free' and what is covered by Plus, unless you're not signed in.

More details for Xenoblade Chronicles X My apologies, my throat was on fire and I couldn't stop coughing after work Tuesday, so I didn't get back to my original post.  Spent all of yesterday in bed with no voice.  No voice = no calls taken in a call center.

I am still deeply enamored of this game, having clocked in forty hours of gameplay since last Friday.  Even when I am just playing the game on the Wii-U gamepad, it is a very beautiful game.  I am glad I downloaded the 8gb of data from the E-Shop because there is only a little pop in from loading data.

The story has a few holes in it, but I'm not going to nit-pick it yet until I've finished the game.  At forty hours of play, I'm level 34 and almost have two of the advanced classes mastered, and thanks to some story events, I've found a way to earn class xp at a slightly faster rate.

Okay, slow down.  There is a lot I want to tell people about the game, but I do think the story is interesting enough that I don't want to spoil it.  I'm also trying to avoid the Superlative Adam Savage syndrome where every new thing is the best thing out there 'bar none'.  So lets step back the energy a bit and discuss the details.  I'll try to compare to other games I own on the Wii-U as I am able.  I am going out of my way to avoid any spoilers, though there is light discussion of the game setting and very early game below the break. So... small spoiler warning?
more...

Xenoblade Chronicles X, or "Where did 16 hours of my weekend go?" Right up front, this is the same general combat system as Xenoblade Chronicles for the Wii/3ds.  It's been tweaked and there are new abilities, but it is good.
I'll have more words on this once the workday is done, but I'm really enjoying my exploration of the planet. It's so beautiful!

Android Netrunner, deckbuilding, and competitive play. There have been many posts in the Android Netrunner Facebook group about changes to the tournament.  I hadn't read any of the new rulings posted to Fantasy Flight Games website until today.
And now I am sad.
(Lots of game and card discussion to follow.)
more...