Camping at Tyler State Park My wife wanted to go camping this week as an experiment to see how we liked it as a family.  I had done a lot of camping as a Boy Scout, but not much as an adult.  We had gone on trips with her family when there was a Winnebago Minnie Winne available for people to sleep in, but this time it was a shelter site at the state park. 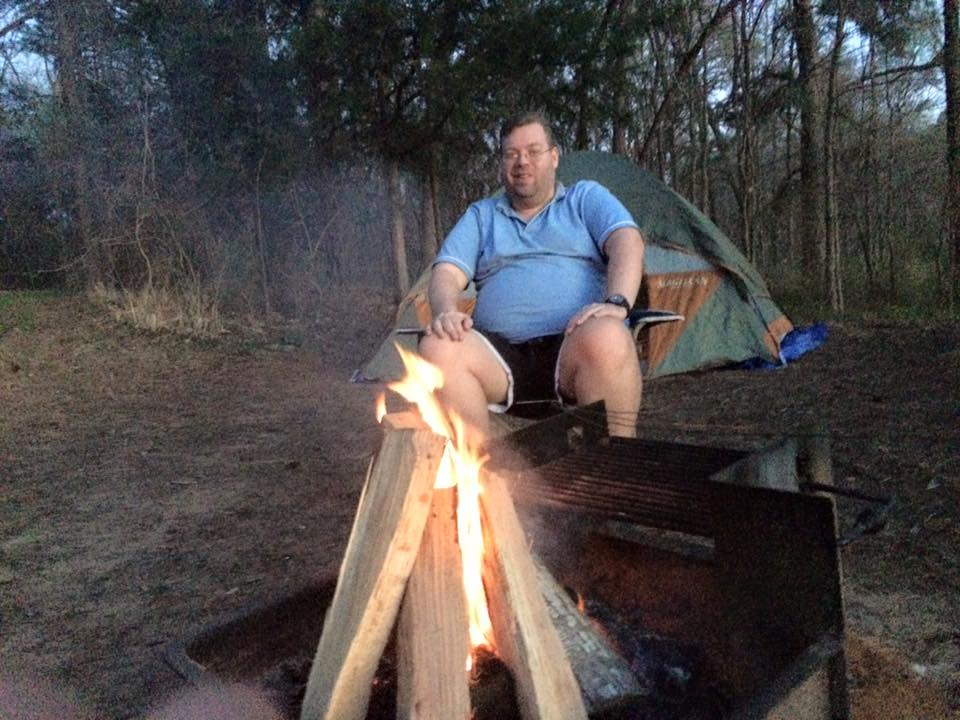 I couldn't say no.  I am at a point where I will leap at any change in routine to get me off my keister and out exercising.  So we loaded up the van and went.
It wasn't a long campout, just two days.  Sarah, Kayleigh, and I in the shelter. Alexis and Samantha in a tent.  They really wanted to sleep out there in the tent.  Daytime temps were in the 60s and 70s, and nighttime temperatures were 44 to 48 degrees.   We learned the value of being vigilant near dusk about food being left around the campsite.  A raccoon made off with a whole container of nutella on our first night when our backs were turned to the fire.  There was a lot of walking from the various places in the park as well, trying to turn up the fire on our exercise. 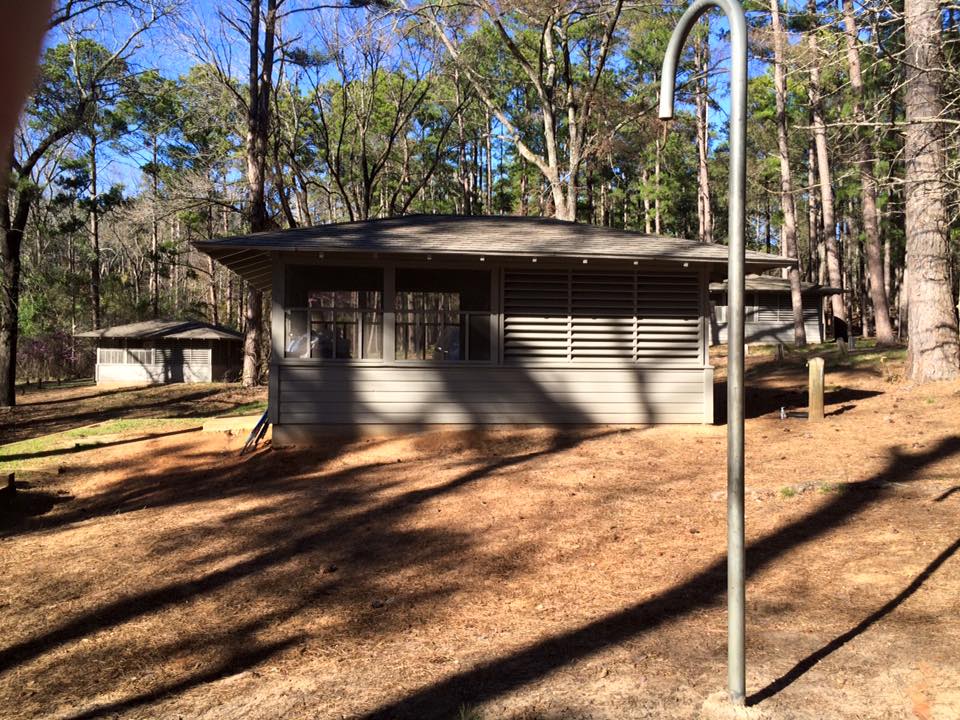 Our biggest struggle was sleep.  I have a CPAP device for now, though if I can lose some wieght, I'll hopefully transition off of it. Between my CPAP, the cold air, and a lack of padding beneath me, getting up was very difficult in the morning.  I hurt. Sarah seemed to be in a similar situation even with a good air mattress to sleep on she was in some pain in the mornings.  We both tossed and turned all night. My sister has a cot tent we are going to look at just to see if it will help our ability to sleep at night.  We might also look into Hammock camping/hammock tents to see if that might help us find some comfort. 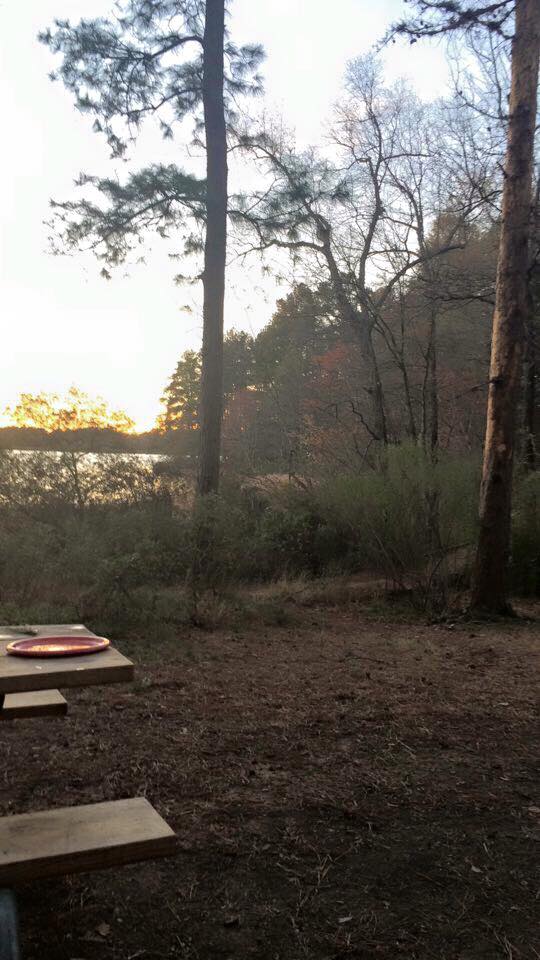 Some fishing was done though no fish were caught.  The girls learned to put worms on the hook and I helped teach them how to cast the rod into the water.  We did a lot of walking around the park, more the girls than I.  My ability to sit long hours at my desk at work and at home is taking time to overcome and turn it into more walking and bicycling.
It was a good two days out, but I was happy to be home.

1 I used to camp all the time (even winter) in the Boy Scouts. Haven't really since then, but I'd like to get back into it. If I could tear myself away from everything else....

2 Yup, the ultimate goal is more exercise. I do miss my Scout camping days, even though it was only three years around the time I was in middle school.  I actually thought about picking up a current Scout handbook just to see what had changed from when I was in during the early 90s.